Within the past year, I stumbled upon a verse in Scripture that gave great comfort to my heart. I know I’ve read this verse before and so it surprised me when I read it before quickly backpedaling to read it again. Maybe I had always read it in a slightly different translation or it didn’t seem like it applied to me, causing me to gloss over the words. Whatever the reason, the particular moment I read it was the perfect one for it to have an impact.

Jesus was about thirty years old when he began his work.

One sentence helped lay to rest some of my worries and concerns.

The God-man began His work when He was about thirty years old. Perhaps I’m not behind. Perhaps this isn’t all a waste. Granted, I didn’t spend the first thirty years of my life with the profound intentionality of the Incarnate Word, but it was a gift to be reminded that missions can begin at thirty.

It isn’t that I think thirty is ancient. I don’t. It is simply that I had assumed I would arrive at different milestones before reaching this particular one. This time hasn’t been a waste, but it is difficult to see what has been accomplished. In high school and college, one moves from one grade to the next, learning information, being continually formed, and preparing for what lies ahead. And I’m still very much on an academic calendar, with neat endings and fresh beginnings. Yet…there doesn’t always seem to be movement.

Interestingly, it wasn’t that I longed for a life filled with adventure. I mean, I did and yet I was entirely prepared for a life that was normal, ordinary, even repetitive. Oddly, it seems that doing mundane tasks for someone else would seem far more fulfilling than doing mundane tasks for myself. Realistically, I know that is simply the lie, the trick that makes one think that the things that frustrate wouldn’t if they were shrouded in different circumstances.

Jesus lived a hidden, ordinary life for thirty years. Over the past year, I’ve returned repeatedly to this reality of angels heralding His birth and then shepherds and magi and then…a seemingly ordinary child grows up. Each day wasn’t lived in a glorious ray of light. People weren’t continually falling at His feet, acknowledging His divinity. He played, studied, prayed, and lived with others and nobody recognized God was pitching His tent among them.

END_OF_DOCUMENT_TOKEN_TO_BE_REPLACED

Peace is my farewell to you, my peace is my gift to you; I do not give it to you as the world gives peace. Do not be distressed or fearful.

I feel obliged to keep somewhat informed about the spread of COVID-19 (the coronavirus) and as I was looking on a news website, I saw a link that said “Should I be panicking?” My students, naturally, are buzzing with news about the spreading virus and beneath the nervous excitement, some are truly concerned about getting sick. It is understand that fear should start to set in when it seems like very little time passes between various people mentioning something else about the coronavirus.

Apart from practical common sense attempts to not get sick, there isn’t much I can do. Yet similar to how listening endlessly to political news reports can fill me with unrest, countless stories and updates about the virus can begin to make me stressed. Jesus, despite showing concern for the poor and the suffering, doesn’t want us to be pools of despair, overcome with anxiety and worry about what may happen. We have an intellect that we ought to use, but He doesn’t want us to be frozen in isolating fear. Christ came to set us free, even from the slavery to fear.

END_OF_DOCUMENT_TOKEN_TO_BE_REPLACED 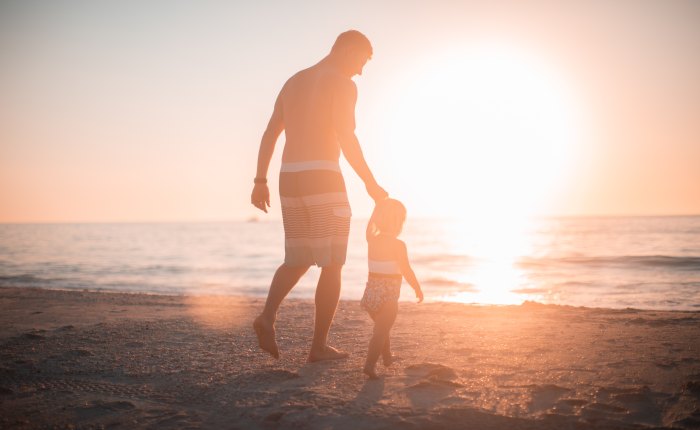 Kids can get away with so much.

Whether it is because they are adorable or because we can chalk it up to their innocence, they are able to do things that are unthinkable to adults.  The small child that escapes the proper place in the church pew and scampers toward the front of the church is often met with smiles, even if the bishop is offering Mass.  A few weeks ago, a child at an audience with Pope Francis ran to the front and when the Swiss Guards tried to block him, the pope welcomed him forward.

They also seem to have the freedom to just ask for things.  My nephew once saw some money sitting on my parents’ counter and, after clarifying that it was indeed money, asked if he could have $40.  Children are quick to ask for food (even if it is the food you are eating), a drink from your water bottle, and anything else that might be slightly weird for an adult to request.

Yet there is such freedom in their general disposition.  A freedom that is nearly enviable when one considers how they present their needs and desires to those capable of actualizing them.  It made me consider how freeing it would be to approach God the Father in that way.  What would it be like to truly be His child, with all of the fidelity and trust found in the hearts of the little ones? END_OF_DOCUMENT_TOKEN_TO_BE_REPLACED

I’m not from a mountainous region; rather, I live in the vast plains of the Midwest.  The prospect of driving nearly three hours through a mountain snowstorm seemed daunting.  Yet with the mountain passes all closed, it seemed impossible.

So I thought about it often, prayed for things to work out, and nearly obsessively checked the weather and mountain pass website.  The people I was traveling with didn’t seem particularly concerned, so I felt a need to worry for all of us.  Also, I had rented the vehicle and was to drive through these mountains.  I wanted to trust that the Lord would make all things work out, but I also wanted to not stupidly walk into a bad situation.

Generally, I like flying, but the flight from Denver to Seattle was riddled with turbulence.  The uneasiness about the drive was only exacerbated by the bumpy flight.  A headache developed, probably a combination of too much stress and a lack of sleep, coffee, and food.

Arriving in Seattle, my sister and I checked the mountain passes and, thankfully, one of them was completely open with no road restrictions.  I was grateful, but the tension of the past week could not be unraveled so quickly.

After picking up our third traveling companion, we started the trek through the mountains.  The roads were clear and open.  The scenery was beautiful.  Yet my stomach remained in knots and I felt sick.  A few days of worry was wrecking havoc on me physically.  We journeyed into the mountains and it started to snow a bit.  The snow piled on either side of the road reached higher than the semis that surrounded us.  Then we came to a complete standstill due to an accident.  Sitting there, with snow starting to fall and stressed despite the fact that everything had gone well so far, I had to admit defeat.

As we waited, I had been close on multiple occasions to stepping outside the car, confident that I would embarrassingly get sick on the side of the road.  “I think I’m going to be sick,” I told my sister.  I switched places with our third traveler and slid into the back seat.

For the next 1.5-2 hours I sat there with my eyes closed as we flew around curves and over mountains.  At first, I was angry with myself.  I don’t like to view myself as weak and I am generally a very stubborn person.  The driving wasn’t difficult and I knew I could do it.  Yet there I was, unable to continue driving because I had let my fears and worries take their toll on me physically.

Instead of being annoyed with myself, I tried to do something fairly new–I accepted my humanity.  I recently began reading The Way of the Disciple by Erasmo Leiva-Merikakis.  The rest of the drive I reflected and prayed with one section of that book.

Our business, then, as Christians and as contemplatives-perhaps our only business-is to work tirelessly at becoming destitute and needy orphans and widows who rely only on the mercy, goodness, and power of God….The Cistercian John of Ford, for one, exclaimed that he desired nothing other than to rest with Jesus as the center of his own poverty, the special place where Jesus had chosen to meet him.

And so I rested in my poverty. END_OF_DOCUMENT_TOKEN_TO_BE_REPLACED